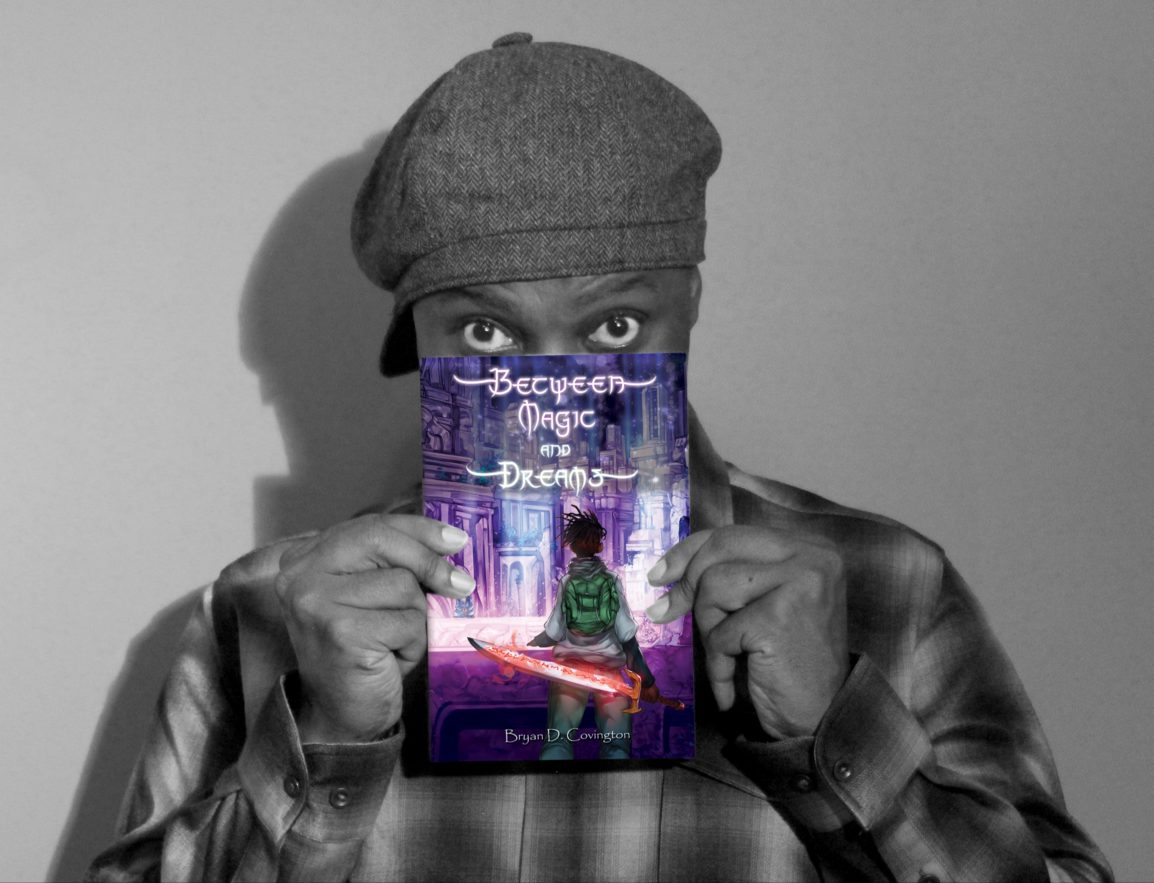 At a very early age, it became apparent that Bryan Covington had a love of the arts and was endowed with natural artistic abilities. He published his first literary work at the age of 16. As a writer, he has focused his creative energy primarily on works of poetry, but has had a lifelong dream of writing and publishing a novel. He has also received recognition for his many accomplishments in the fine arts and is a prolific painter, sculptor, illustrator and graphic artist. He has a wild and florid imagination and a love of science fiction, fantasy film, and literary genres.

Between Magic and Dreams: Synopsis:

Kwen Phipher is a college student in Atlanta, Georgia and he’s on the verge of graduation. Normalcy becomes a fleeting but fond memory once Deedle, a creature of myth and legend, saddles him with the task of saving our reality. As one of two champions set to duel for the possession of this realm, he must discover the extraordinary within himself to meet the challenge and do so quickly. A phenomenon known as the New Light is already ushering shadows of the forgotten past into our world. Science and magic would soon clash in a duel to the death. The winds of change are upon us. To prepare for this fateful event he is paired with a reluctant traveling companion, Cero, who is not only facing his own challenges but becomes a burden in the process of Kwen’s training. As a remnant of the slumbering era, Cero has mixed feelings about the world he finds himself in even though he is to assist in saving it.

Meanwhile, the city slips into chaos as magical creatures both benevolent and malevolent arise in the wake of  the New Light. Some make themselves known in ways that has the local authorities scrambling to respond. The lost spirits of a bygone time take residence in those with blood-ties to their lineage. These people change. Most are only altered slightly but others completely lose themselves to the invading soul. In the chill of winter, the city burns. After some arduous training and traveling Kwen finally faces his opponent. He is shocked to find that it is his best friend and that he has been possessed by the champion of the forgotten times. Kwen struggles to cast aside his feelings and find it within himself to do what must be done.