Get To Know: Chaymeriyia Moncrief Who Launched Her Own Prepaid Carrier From $0 To Turning Down $4.4 Million To A $10M Value To 30 Dealer Stores Pending For 2020 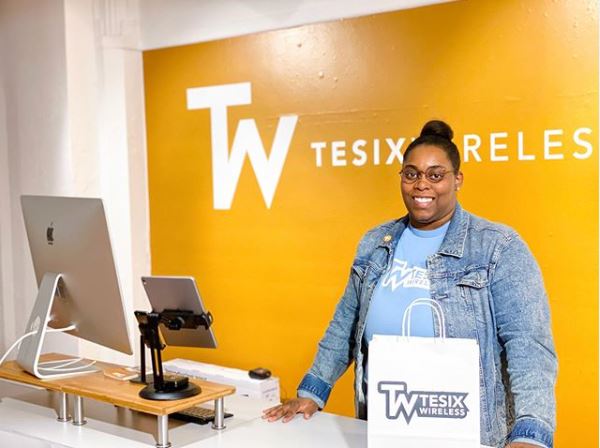 Chaymeriyia Moncrief, the Alabama entrepreneur who launched her very own prepaid carrier Tesix Wireless Network, is knocking down gridlines by building her Millennial focus MVNO.

According to her LinkedIn profile, her goal is to create a carrier that gives her subscribers more of what they love and less of what they hate; she even looks to inspire and motivate through her popular packaging designs.

“As a millennial, that’s between the age of 18-25, we are either just graduating high school, still depending on parents or maybe not working the best paying job. Bills aren’t quite in our vocabulary, but our phone bills are most definitely a top priority,” says Chaymeriyia.

“When I first came across the idea of having my prepaid carrier, I was 17, working my first job and with my very first contract carrier. When I first got started with the service, I was under the impression I’d be paying just $98; that never happened.

My bill included activation fees, surcharges, taxes, hardware fees (my phone), data overage fees, and the list goes on. I was getting bills $200+, which was more than my paychecks,” explains Chaymeriyia.

With already researching and working toward having her brand of smartphones, having her prepaid carrier just made sense, but that was easier said than done.

The research came to an abrupt ending after seeing how costly it was to start a carrier. Leaving the idea behind in 2012 and not revisiting it until early 2017, Chaymeriyia pushed full force to finally launching her carrier. Researching, saving, planning, and executing for nearly two years has paid off but was not an easy task. Rejected by the carriers, no demand for the services, and no visibility, Chaymeriyia was losing hope that she could make this happen.

Pivoting her approach, she realized she had to do something different, something that appealed to her market to grow her pre-engagements. “I decided to change the look of Tesix branding from its original minimalist and clean branding approach to something more fun and daring. I took note of the other carrier’s branding, sim card design, and packaging; they were all the same, blank, standard, and boring.

Announcing she was launching the carrier on September 18th via social media, the aww expanded quickly, and the announcement went viral. From 0 to 3,500 people on her early waitlist, $40k in sim pre-sales, $1.5M in investments, and even an acquisition offer, Chaymeriyia launched the carrier for open activation on December 28th.

In February, the carrier opened its first store in the start-up’s hometown Montgomery, AL, welcoming authorized dealers and now has the carrier-branded smartphone in production for a 2020 release.