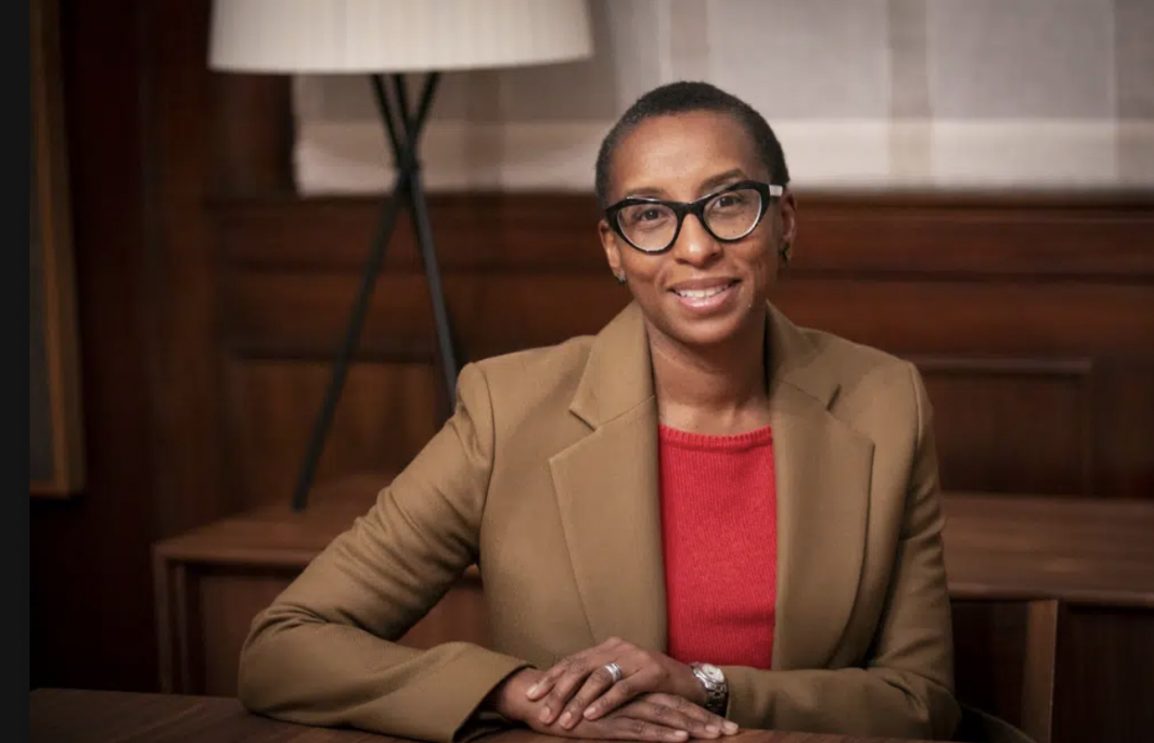 According to the Associated Press, Harvard University announced Thursday that Claudine Gay will become its 30th president, making her the first Black person and the second woman to lead the Ivy League school.

Gay, who is currently a dean at the university and a democracy scholar, will become president July 1. She replaces Lawrence Bacow, who is stepping down and has said he wanted to spend more time with family.

“This is crazy, right?” a beaming Gay said as she was introduced to applause at the Smith campus center. She currently serves as the Edgerley Family Dean of Harvard’s Faculty of Arts and Sciences.

“I am absolutely humbled by the confidence that the governing board has placed in me,” she said. “I am also incredibly humbled by the prospect of succeeding President Bacow and leading this incredible institution.”

A child of Haitian immigrants, Gay is regarded as a leading voice on the issue of American political participation. Among the issues she has explored is how a range of social and economic factors shape political views and voting. She also is the founding chair Harvard’s Inequality in America Initiative, which studies issues like the effects of child poverty and deprivation on educational opportunity and American inequality from a global perspective.