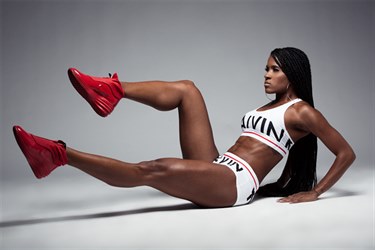 Deja Riley is the daughter of the man who created the defining sound of my youth. According to Wikipedia, New Jack Swing “fuses the rhythms, samples, and production techniques of hip hop and dance-pop with the urban contemporary sound of R&B.” If you ask me, all I can say is, “New Jack Swing is what sets the party off!” Don’t believe me… drop some SWV, Mary J. Blige or Guy at your next cookout and see what happens. 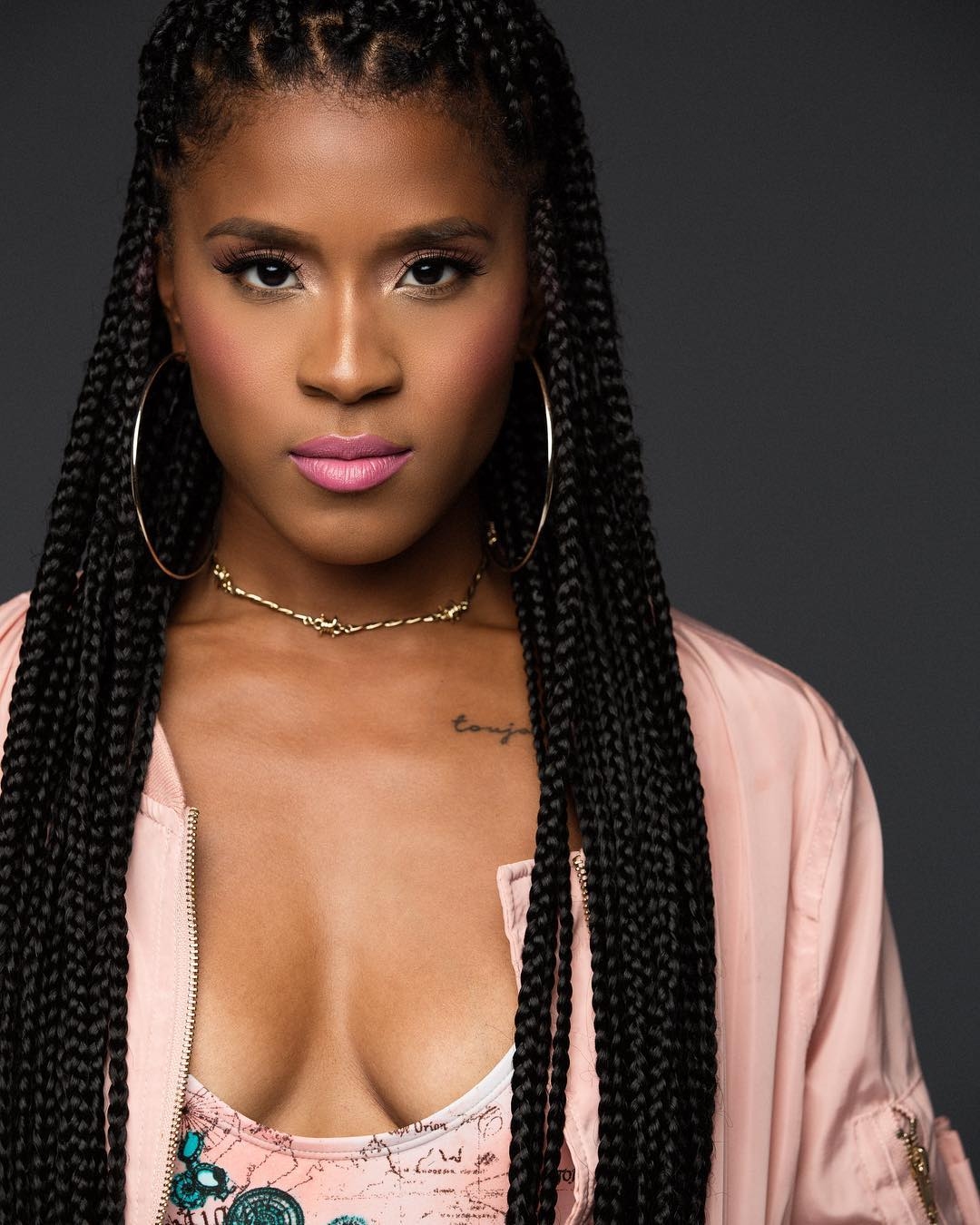 Though Teddy Riley is her father, and she admits to having a privileged upbringing, Deja is by no means the stereotypical spoiled rotten rich girl who’s obnoxious and out of control. I kind of came to that conclusion about her on my own before I ever had the opportunity to speak with her. It was clear to me that Deja was a well-rounded and mature young woman when I saw her on WEtv’s hit reality show, “Growing Up Hip Hop”. I noticed that every time any of the cast members were about to start the drama, Ms. Riley would get out of Dodge. She was never in the middle of the mess and honestly seemed confused by some of the behavior she was witnessing. Her vibe on the show was very much like “Can’t we all just do some yoga?” When I asked her about her brief appearance on the show and her ability to curve all the nonsense she said, “I’m a positive person. I am a light in this world. And I don’t want to be anything other than that. I’d rather be seen by ten people [minding my business] than by ten thousand people playing myself on camera.” Now let the church say Amen! 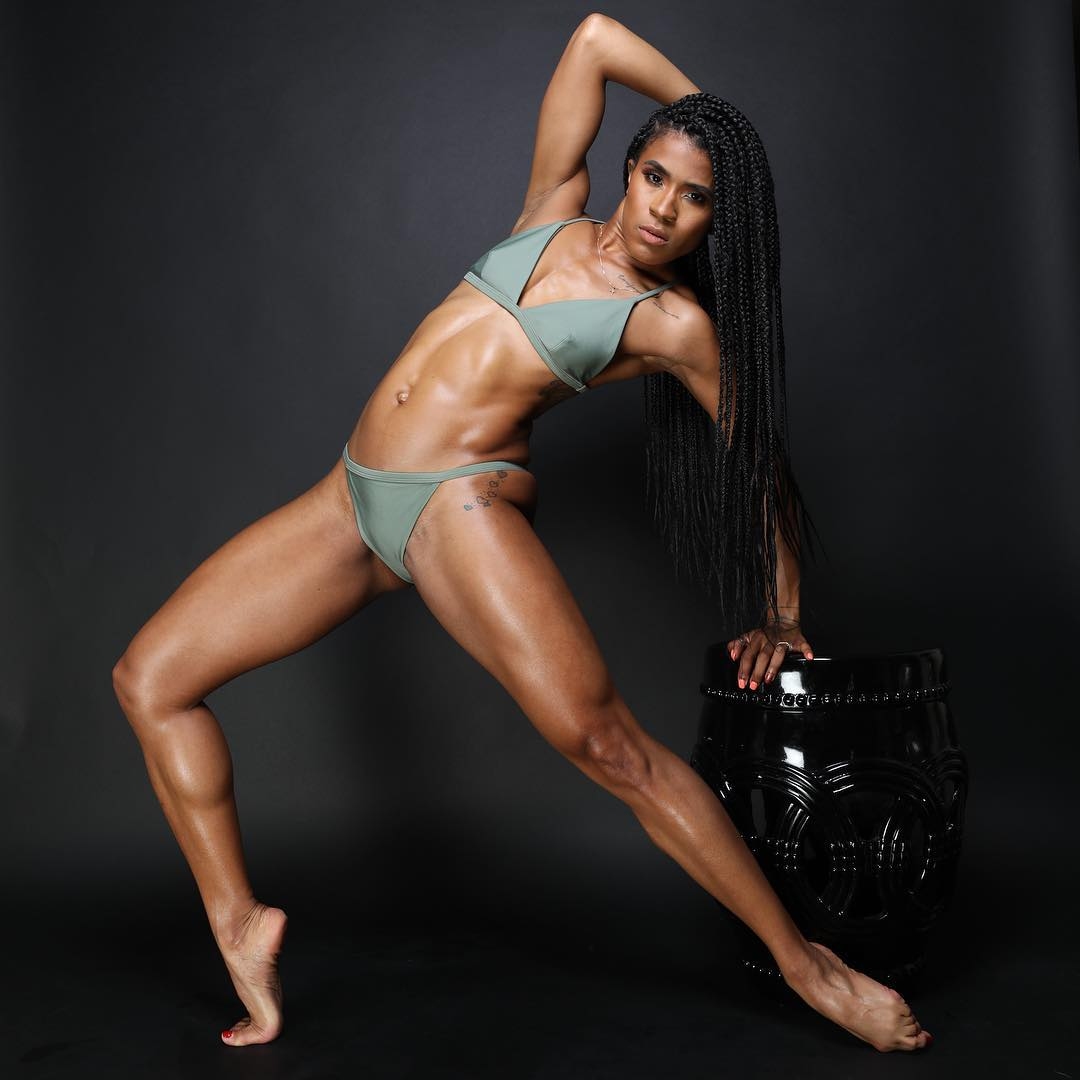 Deja has been dancing since she was a little girl and began dancing competitively when she was 12. She is classically trained in ballet, jazz, lyrical, contemporary, tap, musical theater, flamenco and hip hop. She moved to LA to be a Laker Girl when she was 19 and she was an assistant for top choreographer, Laurie Ann Gibson. Deja has since worked on tours, videos and other performances with A-List artists like Beyonce, Nicki Minaj, Lady Gaga, and Britney Spears. I know what you might be thinking…her dad is Teddy Riley so of course she had access to celebrities…he must have made a few calls for her. Nope. Deja says, “My dad did not make one single phone call to help me. I never wanted anybody to look at me for anything other than my talent, my skill, and my drive. People didn’t find out [who my dad is] until after.”

The Daughter
Deja credits her father for letting her and her siblings be individuals and never forcing them in any particular direction. She credits her mom with being her biggest supporter who was always there, and “never missed one recital.” Can we just pause and do a silent soul clap for the mothers who never miss recitals…we see you! Deja credits the fact that she grew up in Virginia Beach with allowing her to have a normal childhood. While she was privileged, in that she had access to a great education and resources that allowed her to explore cultural activities and the arts, she did not grow up around celebrity kids. She says that her friends’ parents were doctors and lawyers and “nobody thought it was that special that my dad was a producer. “ 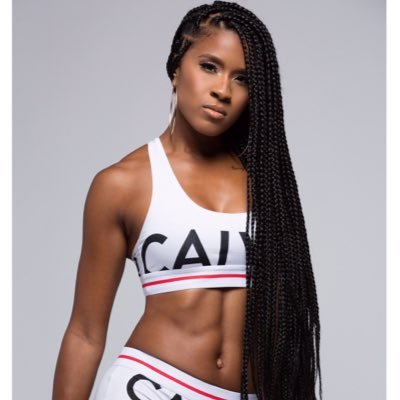 The Discipline
After paying her dues in the grind of professional dancing, Deja decided she wanted to pursue something that would provide more stability for her lifestyle and her finances. She’s transitioned from her full time dance career into an entrepreneur in the fitness industry. She’s found a way to repurpose the skills and the vast experience that she gained as a dancer into building a brand that combines fitness with lifestyle.

Deja is currently in the process of creating a fitness line for women called “Be 88” referencing the year she was born. She’s also a master coach at BoxUnion, a hot new fitness studio in Santa Monica, California where she teaches music driven boxing classes including traditional heavy bag straight boxing and shadow boxing. She is also a brand ambassador for PUMA and Schwinn Bikes.

Deja is all about encouraging women to incorporate fitness into their lifestyle. She has her own disciplined routine which starts with looking at her chosen affirmations every morning. She says, “We often expect praise so much from the outside world that we look for validation from others before we give it to ourselves.” Her routine also includes meditating, and quiet time focusing on proper breathing. Deja’s advice is to be disciplined enough to make fitness a part of your daily life, just like brushing your teeth. Girl….I’m working on it. 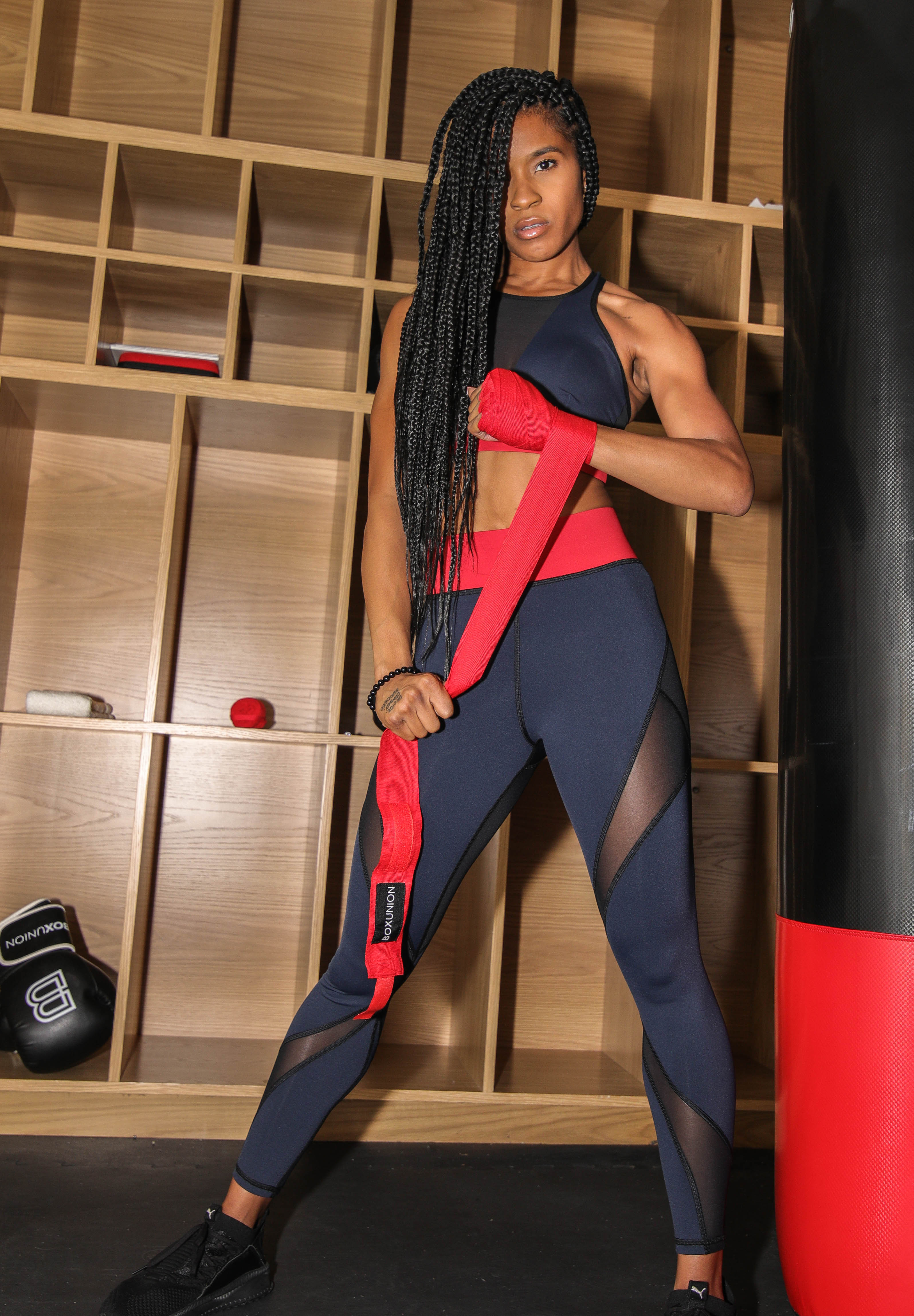 She’s Dope
Yes, she looks tight and right in her fitness photos, but that’s not my measurement of the” je ne sais quoi” that I call dope. Deja is a dope chick because she’s got her head on straight. She’s determined. She’s going after the life she wants. Rather than resting on privilege, she’s walking in her purpose. She’s rooted in faith and finding ways to give back as a mentor for underprivileged young women. Deja is dope because she’s making an IMPACT.

Go follow her on IG and Twitter @dejariley, check her out at Box Union and look for her upcoming fitness line.