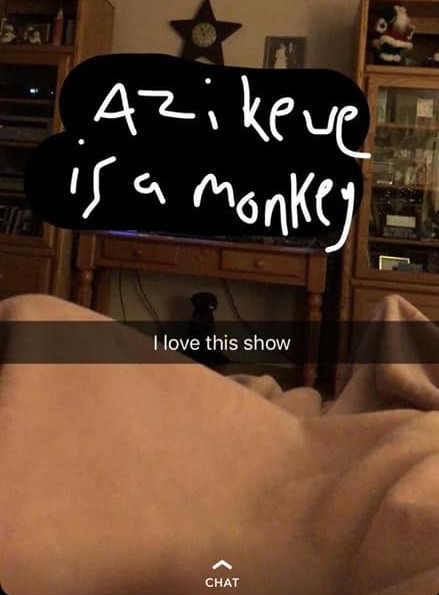 As parents, we believe taking our children from the things that made us into who we are, are better for our children. In some cases, we are correct in our decision making. In others, sometimes we place our children in worse situations because it is dressed up differently than we know of.

Once we get to the neighborhoods and our children are in the schools, we as the parents go about our business of providing, sometimes not thinking about the IMPACT the neighborhood and the schools are going to have on our children. Especially when they are taken from one extreme to the next. For example, my son went to an Afrikan centered private school until he was in the fourth grade; Afrikan centered is where they are taught all things black and taught on things most children will never be taught in a public school. Again I must reiterate, my son was on a junior high school level in the fourth grade when the school closed. When it closed because of lack of funding… smh, I was caught up in where I wanted him to go. Not believing the public schools in the area could give him what he needed, I took him to a predominately Caucasian school; GOOD GAWD! My son lasted a good two months in this school. From being told he’s never going to amount to be anything by the BUS DRIVER, to the teacher saying he had anger issues with the children. The children, who were in the fourth grade spoke of suicide, calling him darkie… listen… HE WENT THROUGH IT!

Just the other night, a great friend, Baye Kemit, posted how his son received a message from a young man in the Hopewell Valley school that not only talked about lynching niggers but also calling his son a monkey! How would you feel if your child comes to you to tell you how in 2018, they are still being called a Nigger, in SCHOOL??!! Baye mentioned in his post how his son, Azikiwe Kemit, faces this ridicule on a daily basis at this predominately white school. Baye also mentioned that he is opposed to his child attending this school, but that is another subject and a personal family situation with the child’s mother. My stance is, I don’t need to know the specific issues of why he is attending the school, our children should be able to attend school anywhere and be treated and taught equally, but we know the reality is not the case!

I don’t know if you remember, but Hopewell Valley Central High School in Mercer County, New Jersey, is the same high school that was ridiculed because they served fried chicken to honor Black History Month! The same high school, at a soccer game, had the police called on its coach because of his racial slurs. You would think the Hopewell Valley school district would at least have sensitivity training on race or something about zero tolerance for racial injustice, but it does not. In fact, Baye spoke on his Facebook post to say the school had an incident with an LGBT student who was ridiculed and they had an assembly about it and put a policy in place, but nothing for the black children who are being harassed on a daily basis in their school. According to the Daily Signal Newspaper, the school district partnered with an LGBT Advocacy Group to impose a transgender policy… REALLY???

Are our children not valued as much as the next? By Hopewell Valley’s School District’s actions, I guess I can say inaction, NO! It has been two days, the only thing I have seen and heard from Baye is how the school, police, and the parents are going to great lengths to protect the child who has done the offense, which is really cyber bullying and to me a hate crime! What is it going to take?

What I would love for all of the IMPACT Magazine readers to do is give the school a call at (609) 737-4003. Ask why is this young man not expelled from the school? Ask what policy are they going to put in place? Ask when will they hold an assembly to speak on racial tolerance? Ask them WHAT IS BEING DONE to prevent this from happening again! Let me know your findings… because these children will be the police, judges, doctors, lawyers, and whomever your children will face when they are grown. Until then, I will keep you abreast on what is going on from Baye’s point of view.

You Tried It….7 Ways To Deal With Handling The “Ex” Factor

Omoyeni Jewelry Is Leaving No Stone Unturned With Their Luxurious Line