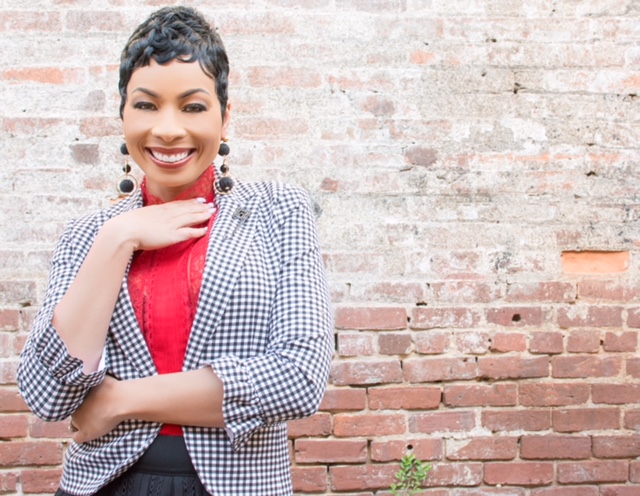 Genise From the Block
When we sit on our comfy couches watching reality TV, we see big houses, luxury cars, and designer clothes, but we rarely get to see where these people come from. Genise Shelton is best known as a cast member on Bravo’s hit show, Married to Medicine, which features families from Atlanta’s Black Bourgeoisie. While she’s worked her way into a comfortable lifestyle, Genise is super authentic about where she’s from. This business minded beauty is from “The Chi”, Southside to be exact. While some move up in society, and forget where they’re from, or actively engage in revisionist history to create a picture perfect past that never existed, Genise is my kind of woman. She knows exactly who she is, where she’s from and how the hardships she’s faced, have forged her into the woman of purpose that she is today.

Giving Back to the Block

As a woman from a broken home, with absentee parents, Genise knows what it’s like to be a vulnerable young woman with low self-esteem looking for love in all the places it’s least likely to be found. If we’re being honest, many of us have walked down that road. The lucky ones like myself and Genise have managed to make it to the other side without being devoured by predators or irreparably damaged by poor decisions; but we’re not all lucky ones. With the love and support of her grandmother whom she credits as “the driving force” in her life, Genise found the fortitude to push past her circumstances, and now she’s dedicated to helping other young women do the same.

Genise is the founder of the OKC Foundation. Our Children’s Keeper Foundation is a non-profit organization whose mission is protecting and rescuing children from sex trafficking, by raising awareness, promoting personal safety, and providing relief to the families of victims. There are many celebrities who “do charity” for likes and follows and free press, but Genise is really “bout dat life”. She puts her heart, her time, and her resources into assisting one of the most marginalized communities in society. Her passion for this work comes from her understanding of the old adage, “But for the grace of God, there go I”. Genise says, “[sex trafficking] is a huge epidemic in Atlanta. It’s going on right here in in our own backyard. I can empathize because I come from a broken family. I shared all the risk factors as a child…feeling abandoned…low self-esteem. I could have easily been one of those girls.”

With the work of the foundation, Genise is educating parents and communities about the dangers of sex trafficking. She wants people to know that it’s not just girls. Boys are being trafficked too. Also, it’s no longer just the creepy old guy hanging out near the middle school when the bell rings. Now children’s peers are pimps. There are school age boys and girls who work with sex trafficking rings to recruit other children to be exploited. She also advises parents to invade their children’s privacy. Parents must know who their children are communicating with via the internet and be aware of the sites their children are frequenting. Genise implores adults to be observant and aware of their surroundings. Pay attention if you see something that doesn’t feel right. Ask questions. If you see a child with an adult who appears to be scared or behaving in an awkward manner, ask the child if they’re OK. Children have been rescued by ordinary people doing unordinary things. Genise recounted the story of a woman who saved a teenage girl after witnessing her strange interaction with the adult male who brought her into a salon to get her nails done. The woman discreetly passed the girl a note saying “Do you need help?” That note saved her life. 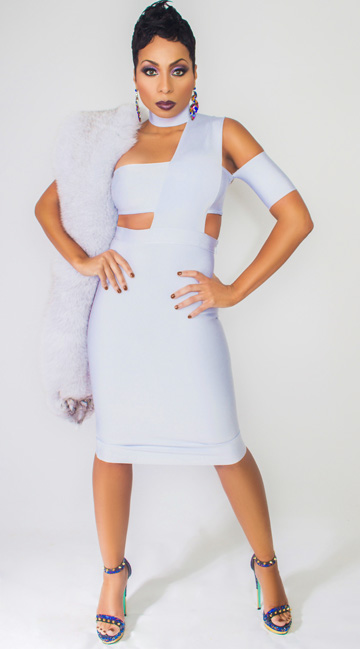 Living in the Lap of Luxury

Yes, Genise is married to a man who works in medicine, but that wasn’t her come up. She’s a child that’s got her own. She’s been working in the real estate industry for the past 12 years and is now one of the go to agents in Atlanta for luxury real estate. While she often works with high profile/high net worth individuals, and celebrities, she made it very clear that she treats all of her clients like VIPs. Her latest venture is Genesis Realty Group (www.genesisrealtyatl.com). Genise is the owner and managing broker of the realty firm that specializes in luxury properties. The special thing about Genise’s company is that 15% of its profits go back into Our Children’s Keeper foundation. I told y’all she was bout dat life.

Coming up in August, Genise will be doing a book tour promoting her book Married to Fitness. In addition to being an entrepreneur, running a non-profit, and a mother to six children, she’s also a fitness enthusiast. She’s actually a fitness model and a pro bikini fitness competitor. Her bikini pics got me feeling some type of way…like…maybe I don’t need this second cookie? Her book is available for order on amazon and on her official website (www.geniseshelton.com). She’ll also be having a gala raising funds to support a scholarship program for her non-profit foundation.

I very much enjoyed my conversation with Genise. I appreciated her willingness to be open and vulnerable about her life experiences. I could feel that she sincerely cares about her community and about us collectively looking out for each other and rebuilding our communal village. She’s a real one. Go follow her @officialgenise and check out her foundation’s site to learn more about the issue of sex trafficking and find ways to support (www.ourchildrenskeeper.org).

Nia Wilson Killed In BART Station, Killer Got Away