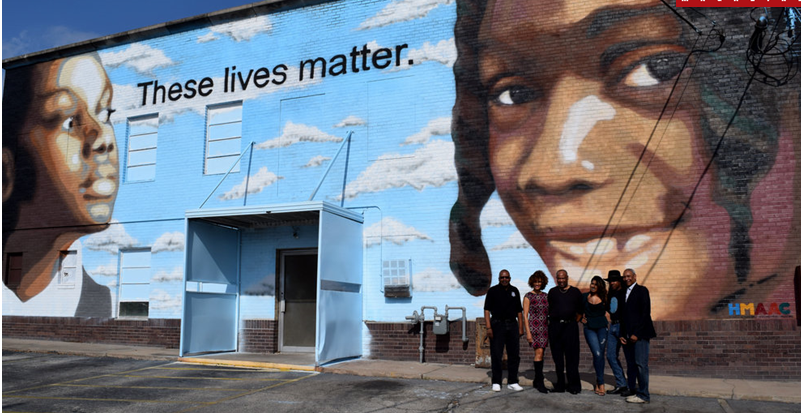 I know when you saw this headline, you were thinking just like me in saying, “What the hell?” I had to look back at who sent me this story to publish on the magazine’s website. Noticing that it came from a reputable publicist, intrigued my interest in wanting to know why would a black museum take on a Confederate Statue of the notorious, Robert E. Lee! Yes, Robert E. Lee, the same man George Chambers, Jr. viral “Connie” video is based on in Baton Rouge, LA…. that man! He was a nasty slave owner who told the overseer to add brine to the whip of an even worse punishment for the slaves who did not perform up to his liking!

Digging deep into the statement from the Houston Museum of African American Culture gave me the understanding of why the CEO of the museum decided to take the statue in. Below is the statement from the CEO, read it to better understand the positioning on to why it is necessary for us to own our stories because we live in a system that makes heroes out of savages!

Why would an African American museum take a Confederate statue?   Its a question so many people are asking us. Clearly the Houston Museum of African American Culture (HMAAC) taking a Confederate monument comes with controversy from multiple voices; about the monument, about racism in general, about police brutality, about diversity and inclusion, about inequality and more.  We receive this monument at a time when our community is hurting, as America comes face to face with the racism and police brutality we have endured since our “freedom” after the Civil War. The pain is palpable for those of us of color who know that for every victim we see, “there but the grace of God go I.” The absolute fear of interacting with the police that ALL African Americans feel, white Americans can never know. That pain requires healing.  And for our museum, we believe healing, in part, comes from truth telling. And HMAAC has ALWAYS been about truth telling.

Over the past ten years, this museum has been courageously hosting the difficult multicultural conversations about race with the goal of a common future, inside our building and in the community. While we have been subject to the same funding disparities from Houston philanthropy that of color cultural assets have had to endure (less than 1%), we have nevertheless always spoken the truth as we see it, no matter how difficult that truth telling conversation has been. HMAAC is the venue that hosted the community program on “Why Did 53% of White Women Vote for Donald Trump,” the debate on “Did the Barack Obama Presidency Improve the Lives of African Americans,” our Sandra Bland, Indifference, Democracy, The Abolitionists exhibitions and more.

Now we get attention for doing what we have been doing for the past ten years.  We suppose it comes at this time because people who were previously indifferent to black realties and the HMAAC message are now curious about it, and when destroying symbols of the Confederacy is at the forefront of what many feel they can do right now to make a difference.

Which is why it is valid to ask why the Houston Museum of African American Culture should take a Confederate monument when so many are being destroyed. The museum agrees on the need to remove these monuments from public property. Their presence picks at the scabs of our racist history, and encourages contemporary racists to act out.

But a sad irony is not lost on us. Despite the hope of the current times, we haven’t defeated racism.  We doubt that we ever will. But while destroying the monuments will not erase racism, using them in a different context to teach about our ugly racist history could, over time, spotlight the truth about them and help us heal.

WE think the point of changing context is to break the spell of white supremacy and keep all of us WOKE.

As a museum, we have been messaging “Lest We Forget” historical racism, it will be challenging to get to a common future and one story. Our racial history is a part of our ONE story.  Years from now, when conspiracy mongers suggest that slavery was made up and that there were no white supremacists advocating for it, like the ones who claim there was no Holocaust, a museum in Houston, Texas will have the empirical evidence. When you find yourself at a crime scene, you don’t destroy the evidence. You preserve it for the prosecution. That might not seem important now, but it will in the future for our country and for African Americans who will be combating those white supremacy conspirators. Racism will not go away because of this moment, and destroying physical evidence of it won’t make it go away.  We, at HMAAC, understand the importance of telling our own story, advancing our own narrative. The challenge is how we place this evidence in a narrative context that educates and heals. This museum has and will continue to be up to that challenge.