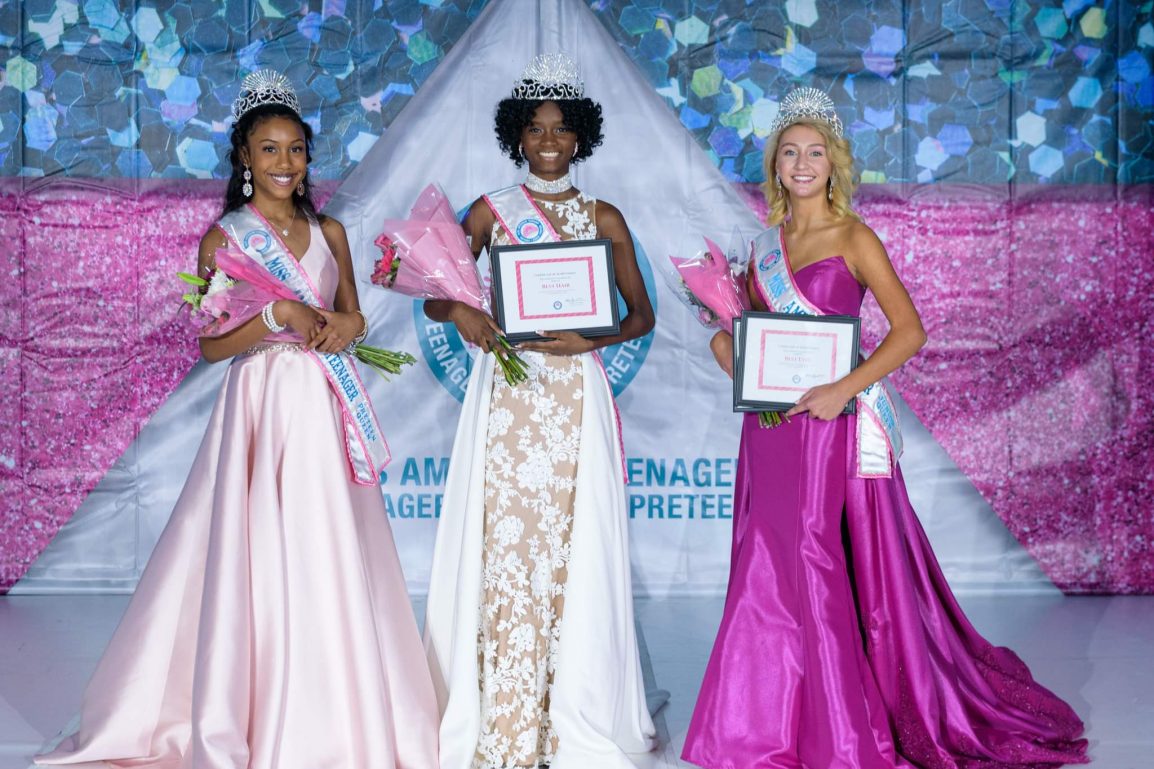 On September 6, 2021 Kahlia Howard-Fletcher won the national title of Miss American Teenager.  Miss American Teenager teaches perseverance, belief in self, the importance of giving back to one’s community and to be kind to everyone because we can all use a friend and never know what someone might be going through.

Kahlia is a true believer in social justice which lead her to organize a social justice and equality rally in her community of Pennington along with raising $3255.00 for the SHADES Program at Hopewell Valley High School which she is an active member.

With a passion for equality for all people, she aspires is to become an attorney. Kahlia is building her platform to combat Type 1 and Type 2 diabetes in children.

Kahlia shares, “Confidence plays a 100% role in what you do with your deficiencies. Believe in yourself and believe that you are the best version of you. Treat people the way you want them to treat you.”

The Miss American Teenager pageant and it’s titleholders prioritize giving back to their community so if you would like for Kahlia to assist with your event or spread awareness and information about her social impact initiative of diabetes or the pageant’s kindness program called Crown CARES for your school or organization, please contact Peta-Gay Lewis, the National Executive Director at Director@missAmericanTeenager.com or by calling 1(202)683-0158 to schedule.