Master P Talks Black Ownership, The Late Great Nipsey Hussle, I Got The Hook Up 2, & The Culture 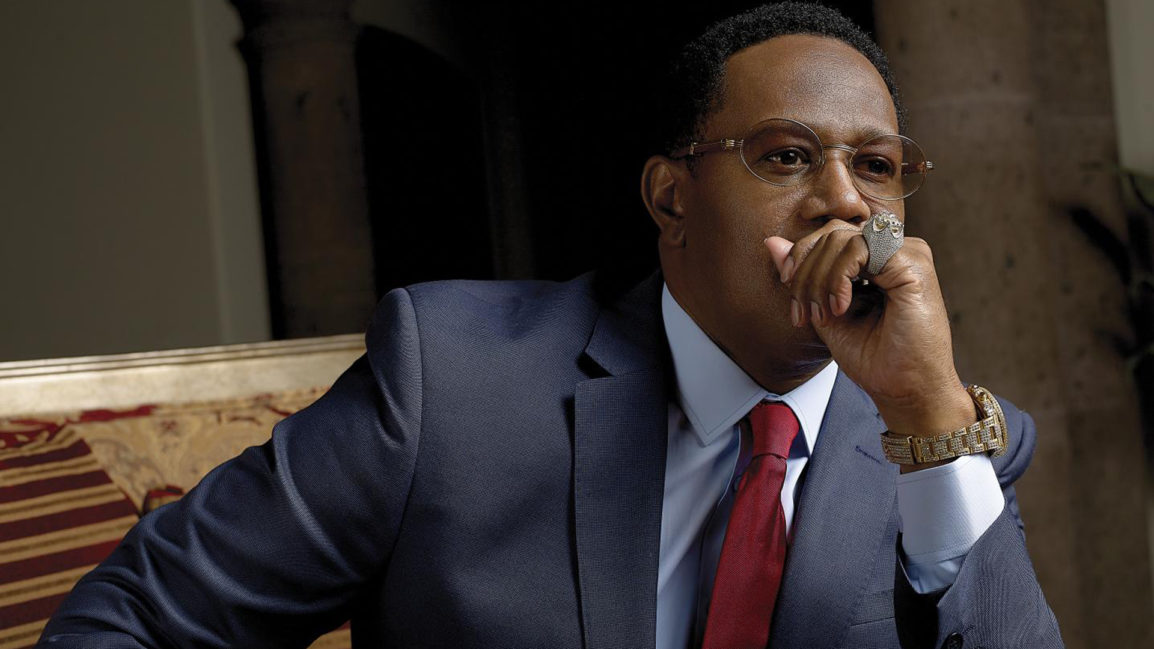 With a presence that commands respect, the “Colonel of the Gold and Platinum Tank”, aka Master P has no doubt mastered the game. P’s legacy as a Hip Hop luminary and founder of the legendary No Limit Records, has granted him the undisputed title of emcee, philanthropist, producer/actor, and mogul! These are just a few of the titles that highlight the profound impact and range Master P has earned. Lest we forget, the New Orleans native gets busy on the basketball court too; ‘P’ holds the title as the only Hip Hop artist to get drafted in the NBA.

With an illustrious career spanning over 25 years, Master P not only pushed southern hip hop to new levels, P and No Limit moved the hip hop culture to new heights. Giving fans that raw, raunchy, uncut southern hip hop with a bounce unique to N.O. From the north, south, east or west… P had all us saying “uuh”. Living by the credence of “no limit”, P cannot be contained to hip hop, his brand and entrepreneurial endeavors reach far beyond music.

As President of the Global Mixed Gender Basketball league, the launch of his new shoe line MoneYatti, a bio pic in works and the release of “I Got the Hook Up 2” movie and soundtrack in theatres and streaming platforms; having the opportunity to chop it up with P is an honor and a lesson all in one. Covering everything from his legacy, new ventures, his views on today’s hip hop culture, influencing the film industry and his relationship with the late, great Nipsey Hussle led into an amazing conversation.

DR – Twenty years later, P is back with the sequel to fan favorite “I Got the Hook Up”, giving audiences a dose of fresh talent and comedy, sprinkled with a real crisis impacting urban communities which is gentrification. Explain how the plot came together for I Got the Hook Up 2?

MP – 20 years later, “Black” and “Blue”, Blue played by Anthony Johnson, have gone legit and own the only black owned restaurant “Big Poppa Burgers” in their newly gentrified community. However, Black and Blue are facing losing the restaurant and possibly being bought out by a developer if they don’t come up with some money fast. Blue’s son Fatboy and his best friend Spyda, played by DC YoungFly stumble upon crates of hijacked phones – Fatboy and Spyda steal phones, not knowing the crates also has a stash of “molly” belonging to a Colombian cartel. Now the family has to come together to save the business, get some cash fast and get the Columbian cartel out of the way.

I wanted to give insight on a real issue happening in all urban communities [which is gentrification]. IGTHU2 is about ownership, it’s funny and has a real message. IGTHU2 being black owned, black funded we were able to give 126 speaking roles, we are going for the Guinness World Record with this film having the most speaking roles. IGTHU2 reprised many of the original characters and cast and mixed in a slew of emerging comedic stars and actors, P was intentional with selecting his cast, wanting to give the new wave of talent an opportunity to shine and build on their momentum. The movie has been referred to as the 2019 “Harlem Nights”, IGTHU2 features comedic youngbloods; DC YoungFly, Fatboy SSE, Jess Hilarious, Michael Blackson as well as Juju Casteneda, Romeo Miller, Cymphonique Miller and Ace B-47 just to name a few.

DR – With your mark in the movie industry, what other movie projects can we expect?

MP – Currently we are working on “Repos 2” with Michael Blackson, a faith based film titled “God is Real”, working on “I Got the Hook Up 3”, it won’t be another twenty years and an all-female heist flick “Get the Bag”. I would love to work with Cardi B on this movie. We also got “Uncle Sam” and a film with Romeo called “Monster”.

Of course with the emergence of hip hop biographies, fans are eager for a Master P bio. “From the Hood to Hollywood” is a real, gritty look at P’s rise to fame from New Orleans notorious Calliope housing projects. What makes Master P story so alluring, is the fact that he is 100% self-made, No Limit founded on his own merit – no big backers, no major record labels and no janky deals. Thus the reason we salute the Colonel!

DR – Being that No Limit emerged in the 90’s, which is dubbed hip hop’s “golden era”. You have Witnessed first-hand the evolution of Hip Hop. What is your take on the current state of the culture and where is hip hop going?

MP – We are a billion dollar business, will eventually be a trillion dollar business. Hip Hop is at the forefront, not only for the music but we can sell product. The problem is we need more control over our brand and product, more Black ownership and [artists] stop selling their soul and start owning their product.

DR – Who are some artists you want to work with in the future and who are you listening to currently?

MP – Man, girls are running things now. I love Beyonce, Cardi B and Mary J. Blige, that’s who I am listening to now. – Girls are empowering. “I have a female group I am working with “OSOS” (On Some Other Shit) – because they’re on some other shit! I want to do a song with them at some point. What I like about them, these girls sing and rap, they are the future. I would love to work with Drake and Beyonce. I worked with her [Beyonce] early on in her career but would like to do something in the future.

DR – Do you prefer making music over movies?

MP – I just like the business side. When you’re on the business side, you can make all kinds of money. For us, we can start by making the movies. Then, by doing movies we can also create the soundtrack so we got the music covered. What’s most important to me is being a philanthropist: giving back. So the more I make, the more I am able to give back.

DR – I love the flair and style of the MoneYatti’s shoe line, what inspired you to launch a luxury shoe brand?

MP – Well, look at a company like Nike – the “Jordans”, that turned into a multi-billion dollar business, that we don’t own but our influence is strong. We are the face of these products, but we don’t own anything. You look at Versace or Gucci – we wear all these luxury brands. We talk a lot about putting money back in our communities, how can we put money in the community if we don’t have ownership.

MoneYatti offers a new way to buy shoes, a new high-end fashion line that we own. It is a luxury shoe brand and with the power of technology the shoes are delivered to your door. We are selling over a thousand shoes a week, which is unheard of, it’s incredible. With every shoe sold, a portion goes to supporting inner city education programs.

DR – We know you had a very close relationship with the late Nipsey Hussle, how do you feel about the massive fanfare he received following his untimely passing? How do you want Nipsey to be remembered – his legacy?

MP – Our relationship was strong, Nip was a real dude and we built a bond. I taught him a lot, I looked over his contracts and whatever he needed. Nipsey understood paying respect for those who came before him.

I always kept it real with him, I told him how to get his money, and build his business. I was in his hood alot, my basketball team is in the Crenshaw neighborhood. When we got in that studio, we made magic. He finished the track “Street Millionaires” for the IGTHU2 soundtrack two days before his passing. I can say this, Nip had a heart for his community, for people, he had a light. We lost a real soldier.

DR – You have laid the blueprint for rap star turned mogul, philanthropist and so much more – what do you tell the artists you have mentored in regards to the music industry and how to successfully manage their brand and business?

MP – The artists that don’t take heed, it is what it is. You have to want to accept the knowledge. That’s what my foundation Team Hope is about; we give back to the next generation and to these young, upcoming artists by giving them the information they need to be successful. I tell any artist, don’t just know the music, know your business, know economics, know banking, and know how to close a deal, educate yourself to financial advisors and watch your money.

DR – What is the key to your longevity and the Master P brand?

MP – The key to longevity is knowing your worth and value. I teach my children to understand hard work, the importance of keeping their word, commitment to their vision and goals and keeping the faith. Don’t just wait for opportunities, you create your opportunity. I grew up in a three bedroom apartment with 12 people. I didn’t have a bed, but I was just happy to have a roof over my head. I was motivated by my circumstances, I didn’t let my upbringing discourage me.

My mindset is to master everything I touch and there is no limit to my success.