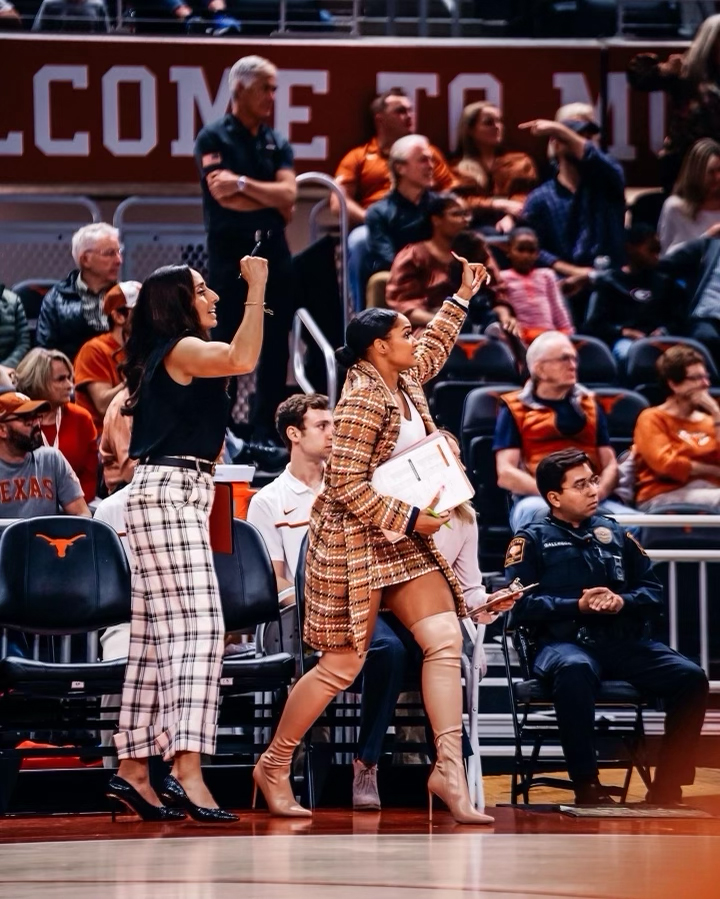 Some things are just in you from birth! It encapsulates you to where it is what you eat, sleep, and breathe. That’s exactly the case for Sydney Carter with her passion for basketball!

Sydney began playing on the boys basketball team at her local YMCA. As time went on, she noticed her passion for the game and continued on to play for her high school team which garnered the attention of Coach Gary Blair at Texas A&M.

Carter was a standout player for the Aggies from 2008-2012 under Blair and Schaefer. During her time in Aggieland, she helped lead her team to the 2011 National Championship and 2010 Big 12 Tournament Championship. “I was Big-12 Freshman of the Week maybe twice, beat the No. 2 team at that time in Oklahoma here, which is the first time that anybody had stormed the floor for a women’s basketball game, and then I was MVP of the Dallas regionals my junior year, the year we won the national championships in 2011,” said Carter to Spectrum News.

Carter was selected 27th overall in the WNBA draft to the Chicago Sky, and enjoyed a four-year career in the WNBA. During Carter’s seven-year international career, she played in countries such as Latvia and Israel. The Aggie was a three-time Latvian/Estonian Champion (2014, 2016, 2017), and also added an Eastern European League Championship in 2016.

In 2020-21, A&M captured the Southeastern Conference Regular Season Championship and advanced to the Sweet 16 round of the NCAA Tournament.

February 17th, 2023 IMPACT Magazine will be honoring Sydney Carter at the Women of IMPACT Honorary Brunch during NBA Allstar Weekend. She will be honored for making an IMPACT in her industry. “I am extremely honored and blessed to be thought of for something special like this. Thank you IMPACT and thank you to everyone who saw it fit to consider me for this. I hope that every day I am leading and setting the best example I possibly can. I have always prided myself on being what I wish I had growing up. If you can see her you can be her and I hope my path and story continues to touch those that aspire to shine their lights every day in everything they do!”