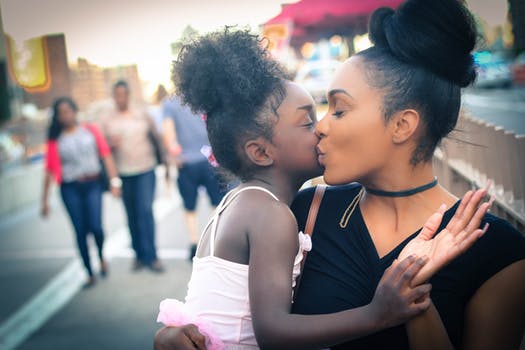 I don’t even have an academically correct way to approach this so, I’mma just freestyle. If we can openly blame men, specifically Black men for the demise of the African American family structure, why are we so silent on calling Black mothers out for the state of our children today? I’m just saying, for decades we’ve bashed absentee dads and labeled them as “deadbeats” and “losers” for abandoning their position as the head of the household. While the critique is honest and warranted in many cases, why don’t we express outrage over how the kids turned out when their only influence was the single mom or women who were left to raise them?  Isn’t it fair to ask who is really to blame when the kids grow up to be delinquents or non-functioning adults?

Placing blame is easy but, accepting fault is hard. Every year on Father’s Day, social media is in and uproar over the “Happy Father’s Day to me cause I’m the mama and the daddy” posts. In situations where the child grows up to be a successful adult, women take all the credit and usually rightfully so. However, if the kid turns out less than desirable the blame tends to go to the absentee parent. But why? How are we blaming someone who hasn’t been around to make a negative impression on the child?  Has it ever been considered that your “struggle” as a single parent is what contributed to the failure of your parental efforts?  In all fairness, it’s hard to be the one left to handle all the responsibilities of parenting and taking care of a home. The silent struggles, the financial burdens, the constant figuring out how things are gonna work out, the mental stress and emotional pitfalls are enough to make anyone crazy.  It’s an even harder task when you are experiencing these hardships right in front of the child or children you are trying to take care of.  It’s a unspoken truth that we raise our daughter’s to be strong and independent meanwhile, we love and coddle our sons. Thus, creating the same kind of men who ultimately bail on responsibility and women who are too strong to be able to accept companionship from a man who they can’t control. So what can we do to better ensure we are not only doing the best we can as single mothers but, raising healthy minded children?

My oldest daughter is 12 and I encourage her every chance I can on the importance of building a village.  Not a literal one but, figuratively speaking. Understanding the importance of aligning yourself with people who have different skills, mindsets or strengths than you.  People with whom you can lean on when times get hard.  Maintaining a sisterhood is critical because, in the absence of a willing counterpart, who else can you turn to?

Look, not everyone you lose is a loss.  I’ve personally spent many years feeling a way because of my father’s absence in my life.  As an adult, I’ve come to realize that his abandonment while hurtful, was the best thing he could have ever done for me considering his weakness of character. He would not have been a helpmate to my mother nor a positive influence on me.  Come to terms with the situation for exactly what it is, a blessing in disguise.  The father’s presence may not always be as ideal as we imagine in our heads.

I know we all have a picture of a happily ever after-ish type fairytale for our lives but, if it doesn’t happen for you that’s OK.  Relationships can end and people change.  If a man no longer wants an intimate relationship with you and is only interested in being there for his kid, let him.  Don’t allow your broken heart or shattered ideals of a family prevent your child from having a relationship with him.

Focus on the Kids

I understand that “everything I do, I do for them” mentality but, this is different.  I’m talking about literally focusing on your child’s mental and emotional wellbeing. This may require that you have your breakdowns alone in the shower.  Keep those venting phone calls with your girls limited to when the kids are not within an ear shot of your conversation. That you refrain from exposing them to every hardship and difficulty you face as the sole provider.  Some days may be easier than others but, let these kids be kids and don’t weigh them down with your troubles just because you don’t have anyone else to share the load.

Listen, if you wanna take home the single parent of the year award, that’s fine.  You just make sure that you are also taking the credit if your kids don’t come out right.  If they are battling childhood trauma from the life they lived while you were trying to figure it out, that’s on you.  In spite of the reasoning why you may have been placed in a bad spot, you are their only influence, make it a good one.

Ask MarthaE: I’ve Launched My Boutique – Now, How Do I Figure Out Pricing & Driving Traffic To My Site?