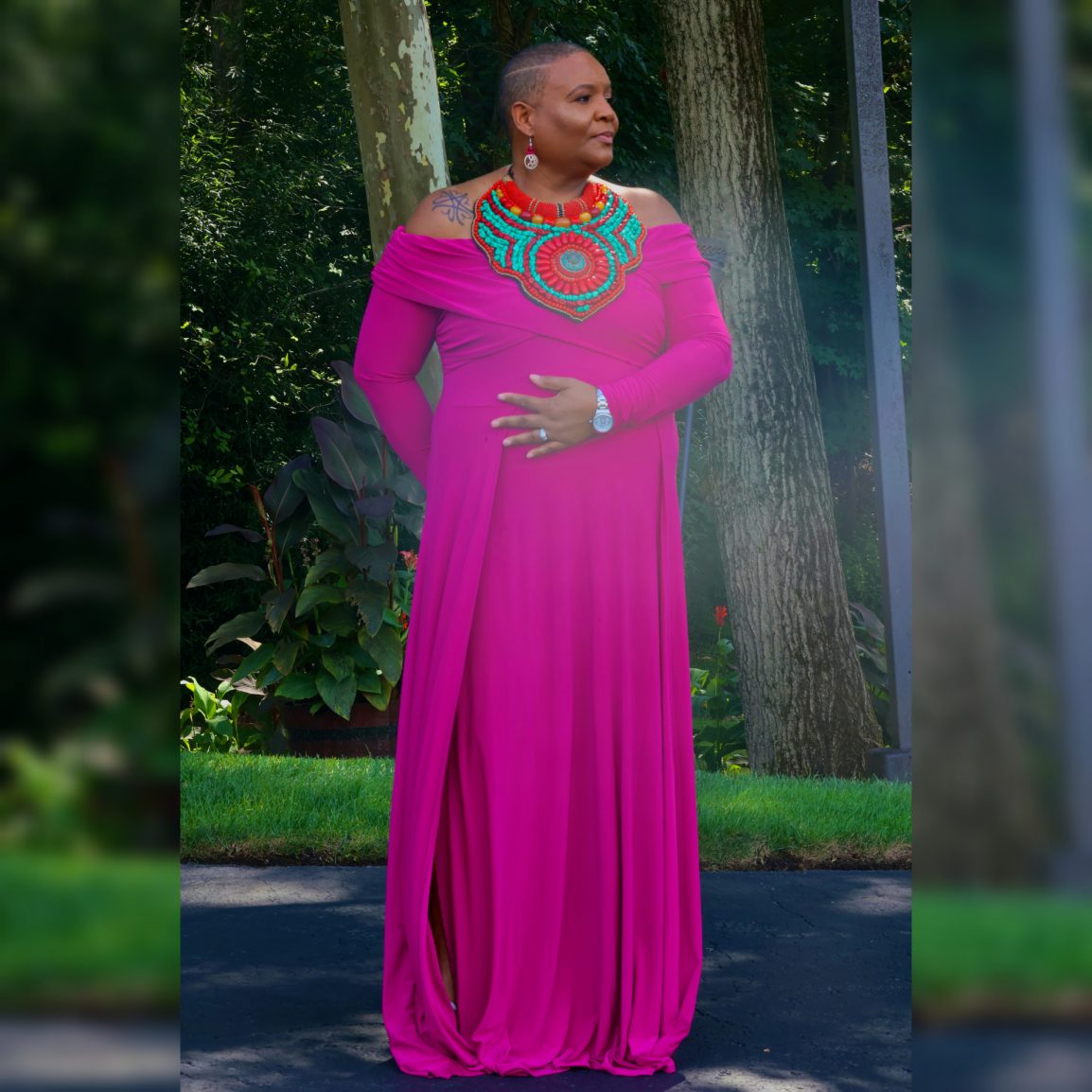 My name is Tyra Watkins, and I am a breast cancer survivor!!!

Imagine going for your annual mammogram, something you have done every year since you’ve reached “that age,” and getting a call asking you to come back for additional imaging because something doesn’t look “normal” as compared to your previous year images.

The biopsy confirmed my worst fears – Yes, it’s cancer — but that’s not the worse part of the diagnosis.  There are two different types of cancers in the same breast, imagine that!! (1st) Ductal Carcinoma in Situ (DCIS), in other words, it is cancer of the milk ducts and the (2nd) Invasive Ductal Carcinoma (IDC) the cancer has already spread to the surrounding tissue (hence, the name invasive). But the worst part was yet to be revealed – further testing weeks later revealed that I am HER2+ positive.  I thought, what in the world does that mean? It’s positive so that must be a good thing, right?? Well, the short answer is No. The test revealed the Human Epidermal Growth Factor Receptor (HER2+). This protein actually promotes the growth of cancer cells making it more aggressive than a regular cancer cell which causes the cancer to spread that much faster.

Imagine being diagnosed with a life changing illness at the height of a pandemic, something the world hasn’t seen since the H1N1 pandemic of 1918, or the 80’s HIV/AIDS epidemic where millions of people lost their lives. The doctor offices were allowing only the patient to come to their appointments – so basically, I was alone dealing with this, and trying to remember what was said during the appointment so I could regurgitate it back to my family & close friends.

After the initial shock wore off, I set out to learn everything I could about what I’ve now termed as “my cancer” because mentally I couldn’t afford anymore surprises. I’ll never forget when I met with my breast surgeon, we were able to have a dialogue and afterwards, she said she’s never had a newly diagnosed patient come in as well versed in cancer as I was. I told her how I spent the weekend going through my pathology reports & test results to learn all I could and turning to the internet to look up what I didn’t know or understand. I even read medical journals, publications, and articles on my type of cancer and I admit, it made a world of difference in our conversation and my outlook on what I was dealing with.

When you’re diagnosed with cancer, you should want the very best care, best medicines, and best doctors that money and health insurance can buy because face it, like the Fox Chase Cancer Center commercial says, “Where you start really does matter!” So, I set out to find the very best Oncologist for me, one who could tolerate my temperament and who was okay repeating him/herself because I was armed with my list of questions and some were the same just worded differently, not intentionally just the way my mind works sometimes… LOL.  So that Monday, I was determined to find a doctor and my husband was able to accompany me.

I had appointments set up with three different doctors that day.  Our first stop was Fox Chase Cancer Center and while they may be the best in what they do, I preferred the bedside manners of the remaining two doctors. Frankly, I can’t recall the name of the 2nd doctor we met with but when we met with the third doctor, Dr. Lee, the consensus was, “this is it”, he is the one for me. My 1st appt was 3-hours long, he reviewed my test results before we got there so we were able to dig in and get to the details of the appointment.

He was recommending that I take chemo for a year starting with 6 rounds of heavy chemo Taxotere, Carboplatin, Herceptin, and Perjeta (TCHP) every 3 weeks, then surgery, and finish out the rest of the time on an adjuvant program of Herceptin Perjeta (HP).  He proceeded to pull up the data that supported his recommended treatment and the data showed that while the treatment plan worked, the cancer returned in a large percentage of the patients who took the HP for periods of 3-6 months. The Cancer Board recommended they extend the treatment period to 12 months because the goal was to obtain pathological complete response; in other words, cancer free!

I believe that God gives us what we need when we need it. When I was diagnosed my 1st thought was of my husband and questioned how was he going to get through this while trying to take care of me and his father who has advanced Parkinson’s Disease? How was he going to get me to my treatments, work, and take care of his father all at the same time. But he never had to worry about me because when I tell you folks showed up & showed out. Oh my gosh, the outpouring of support I received during this time was overwhelming and amazing at the same time. As someone who is accustomed to being there and doing for others, it was hard to accept the help that was being offered to me from rides to treatment, shopping for groceries, my girlfriends delivering multiple days worth of cooked meals, to another researching the best plants, fruits, and vegetables for cancer patients while making bottles of pressed juice. There were almost daily deliveries of fruit baskets, flowers, cards, and blankets to bring with me to the treatment center to help warm me during infusions.

In October 2020, I was honored to be featured on a billboard for Healing Stream Breast Cancer Awareness Organization. This journey has been a lifelong lesson that I love sharing whenever I can and with whomever will listen because everyone has a story to tell. Has it been easy? Not at all. Will I do it again? Absolutely.

How do I feel? That is a question that I’m asked almost daily, and my response is, Blessed and Thankful for the journey.  I know it sounds crazy, but this journey has made me stronger, more compassionate towards others, and even a little more patient. While I still struggle sometimes with “chemo brain,” I am blessed to still be here and because I was afforded a second chance at life, I am determined to make a difference!