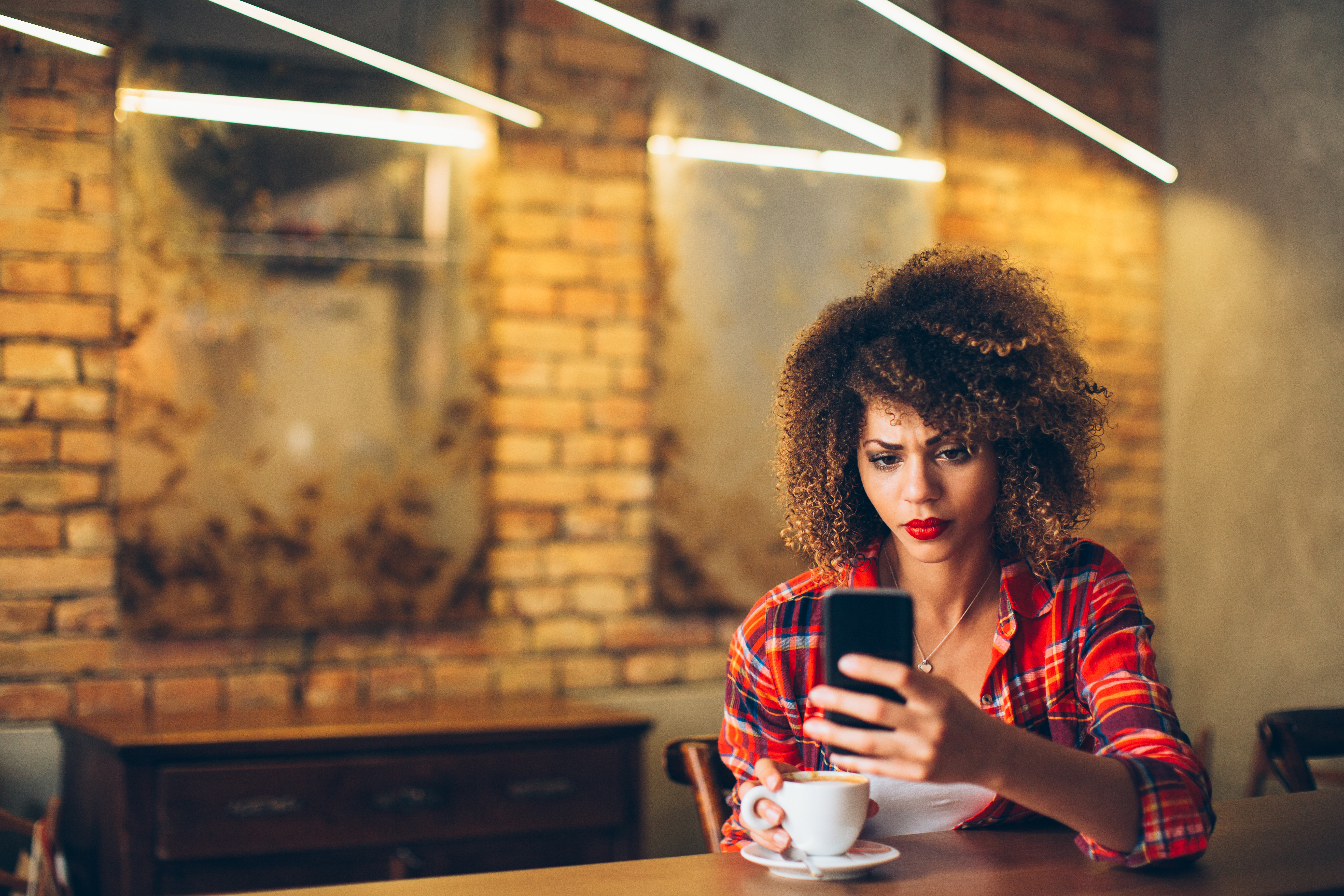 There’s a million things you can discuss or argue about in a relationship yet, a good majority of you are only finding yourselves at odds about at least one thing in particular… his cell phone (or hers).  I’m not gonna lie, I’ve been cheated on before and nothing tells on a man quicker than the evidence he leaves behind. Call me crazy but, all it takes is a good 30 seconds alone with someones cell phone to find out some earth shattering information. Now, before you start woman bashing and presuming we are all insecure and psychotic, let’s take a little look at some possible reasons as to why she’s in her feelings.

You Have A Lock Code

Which for the most part isn’t a bad thing.  It’s totally understandable when the logic behind having a passcode is in case the phone is lost or stolen but, when it appears that you have something to hide it’s usually because you do.  Doesn’t mean that a woman/man should have access to your phone at their disposal but, a locked phone can trigger some questions and bring out insecurities especially in an already fragile situation. THE FIX:  Explain your reasoning for the code and need for privacy.  If this falls on deaf ears, consider why? Do you have a history of shady behavior or has she/he been betrayed in the past?  If so, ask yourself if locking the phone is causing your relationship more harm than good.  Try to come up with a compromise to ease the tension or maybe you need to move on.

Your Phone Is Always On Silent

Look, even if you ain’t poppin like that nobody’s phone just never rings.  If you can’t/won’t answer the phone around your significant other, you once again are putting yourself in a position to be questioned.  Remember, “It only takes suspicion, not proof to destroy trust”.  THE FIX: Let it ring and answer your phone.  If and ex or someone is reaching out to you that shouldn’t be, handle it right in front of your girl/guy.  Ain’t nothing sexier than knowing without question that your person is for YOU.

Unless you manage a FB page or are a professional troller, if you are in a relationship you should always have something else to do that requires you to put your phone down if you know what I mean.  Technological advances have made everything accessible at our fingertips that were once a lot harder to obtain.  If your dude/girl wanted a “baddie” they actually had to have enough game to get their number now, all they have to do is Follow and Like for free naked pics and conversation.  THE FIX: If you are obsessed with your phone in your mate’s presence then it’s likely that you’re looking to be entertained.  If you keep filling it with the lure of the Instamodels and thirst traps online, how exactly will who you already have be able to fulfill you?  There is nothing wrong with looking but, know when to put the phone down and look up into the eyes of the one you’re with.

Well, this is an easy one.  If she already caught you on some BS in the past then of course she’s gonna be leary of what you’re doing, duh.  If your woman/man is already skeptical of you then there is nothing they won’t be able to find in your text messages, DM’s, FB Messenger, Snapchat, call logs, emails, photos, and contacts.  THE FIX: You can always repair or at least mend a relationship even after you’ve messed up but, not if you aren’t honest and intentional about repairing it.  In order to repair you cannot repeat the same offenses.

Look, being in a relationship is supposed to be like having an invite to a members only exclusive club for two.  They are supposed to be your bestie, your lifeline, your go-to person for your secrets and fears.  In order to establish this unbreakable bond you have to first provide a safe zone for each other.  That security is only created with a foundation of trust.  THE FIX: Don’t do things that make her/him feel like they are not included in your life.